Regarding GPS Claims and Atomic Clocks

Fallacy of Gravitational Lensing
History and Misconception of Aether 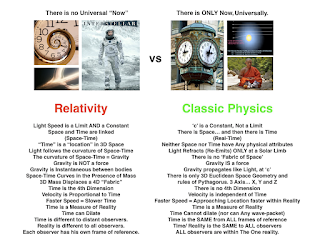 I REALLY want people to understand the implications of this work and what it means for how we view Time, Space, Reality, the propagation of Light and Gravity.
These are completely different models and alternatives to Doppler Shift, General and Special Relativity.
Complete with equations which yield the same results... but without distortions, corrections and 4D nonsense.
The consequences are harsh to whichever model is mistaken.

Propagation and Re-Emission of Light: 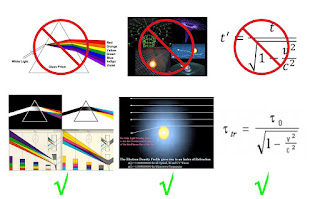 A very detailed compilation of Dowdye's work, Dr. Pierre-Marie Robitaille, some of my own diagrams, technical equations and more.
Plasma Physics - Flaws & Corrections:


Why Should We Question Relativity? (FAQs) - Dr. Dowdye's site:
http://www.extinctionshift.com/FAQ.htm

Ron Hatch - GPS Co-Inventor Disputes Relativity. Wrote a Book called "Escape from Einstein" which details how GPS
has nothing to do with Relativity. But rather has to do with re-emissions from different frames of reference.
(although Ron Hatch still used the luminiferous aether medium as a distortion of a primary rather than re-emission of secondaries)
https://www.gps.gov/governance/advisory/members/hatch/

More regarding collisions and center of gravity.
http://www.extinctionshift.com/details08.htm

Here is a compilation of videos I put together for more context:
https://www.youtube.com/playlist?list=PLC48DA25F1CBFA833
Posted by Jason Verbelli at 7:45 PM No comments:

In 2016, I gave a 90 minute presentation for the Global Breakthrough Energy Movement called "Our Inevitable and Limitless Future - A Magnetic Field of Dreams."
Here is the video and also the PDF to go along with it.

Lesson #1: What is the SEG Mock-Up?
https://steemit.com/steemit/@verbz/w...he-seg-mock-up

I put this Steemit Article together to clarify what we have done and what we are aiming to do.
Turned about 45 pages of text and still images on Microsoft Word into 10 pages of animated GIFs/ pics. With detailed explanations about the SEG Mockup, magnetic levitation, eddy currents, waveforms, etc.
Describing what it is you're looking at in the YouTube videos of the magnetic spinning device. Super easy to follow! Making sure each simple point is addressed. Clearing up misconceptions (again/still)

I figured it's probably super unreasonable for me to expect others to read through or even skim a 315 page PDF. Just to understand the basics of John Searl's claims. Attention spans are mere minutes now. So I'm trying to cram that 315 pages of text and still images into moving visuals and captions.

I was trying to verbally explain the motion and complex interactions of fields/ poles. Difficult to do. So now I can put together blogs and show moving GIFs literally worth 1000 words.

(UPDATE)
Fernando Morris and myself spent the last year building a 500kW distribution system for the magnetizer. We will be testing the imprinting of waveforms on a large ring later this year for the first time. Something we haven't been able to do because of the amount of unreasonable power required for magnetization.  We have experimented on the small roller segments, but now we can finally go larger.

We have also acquired an atmospheric furnace to smelt our own rare-earth lanthanides and copper. To make our own parts. Not having to rely on outsourcing inferior work which costs 3 times as much as doing something correctly yourself (if you have the equipment).

We have been making major strides! Looking like a good year.
John Searl married his care-taker Judy a couple years ago and they live in San Diego, CA here. (15 minutes from the lab)
John Searl visits the lab at least once a week to oversee the project, give us direction, proprietary info and consult Fernando and myself.
John had heart surgery to remove a major blood clot in his heart back in 2014. Then had a stint and screen put in his heart. He's had cataract surgery in both eyes and got his legs fixed up from the Frostbite he got back in 2009. John Searl is now healthy, likes to go to airshows to see stunt planes and is happy with the awesome weather all the time in San Diego!

We reformatted the company which is now called SEG Magnetics, Inc.
It is now a registered 506(c) which allows for us to solicit the sale of shares.
Something we were prevented from doing before because of S.E.C. / IRS rules.

The project still needs to get over the financial hump. But everything we've done is on a shoestring budget at a snail's pace. Never stopping.. always moving forward and making progress regardless.
https://segmagnetics.com/en/contact-us/faq.html

I also gave a 90 minute presentation in 2016 for the Global Breakthrough Energy Movement called "Our Inevitable and Limitless Future - A Magnetic Field of Dreams". Here is the last 30 minutes. Getting straight to the exotic magnet stuff:
https://www.youtube.com/embed/a9JdBnLh720#t=0m0s

And for even more context about magnetic waves... here is a video I put together to show detailed demonstrations and visuals:
https://www.youtube.com/embed/8SiuTk2ZiyU#t=0m0s

UPDATED JULY 2017
I put these Steemit articles together to better communicate the concept of John Searl's SEG. Turned about 45 pages of text and still images on Microsoft Work into 10 pages of animated GIFs/pics. With detailed explanations about the SEG Mockup, magnetic levitation, eddy currents, waveforms, etc.

I figured it's probably super unreasonable for me to expect others to read through or even skim a 315 page PDF. Just to understand the basics of John Searl's claims. Attention spans are mere minutes now. So I'm trying to cram all that text and still images into moving visuals.
Describing what is is you're looking at in the YouTube videos of the magnetic spinning "thing". Verses what we are aiming to manufacture in totality.
Super easy to follow info.
Making sure each simple point is addressed. Clearing up misconceptions (again/still)

I was trying to verbally explain the motion and complex interaction of electric fields/currents and magnetic poles. Difficult to do without the proper visual tools. So now I can put together blogs to show moving GIFs that are literally worth 1000 words.

Jason Verbelli & Fernando Morris on the SEG (Part 1 of 6)

John Searl and the SEG Presentation by Jason Verbelli

Posted by Jason Verbelli at 8:41 AM No comments:

Jason Verbelli
San Diego, California, United States
So much to learn in such little time. My focus is validating the claims of John Searl and other exotic technologies. For the past 10 years, Ive presented information not mentioned in mainstream. Passionate about researching and applying the brilliant work of others, which will help provide future generations with freedoms beyond comprehension. So future generations can see what has been ignored. And so the information wont be lost. The goal is to help people's lives become decentralized, self sufficient and independent. Ive learned you don’t have to lose something to realize its true value, and to connect the deeper meanings of simple things. Not many people can honestly say they do the same for work and play.